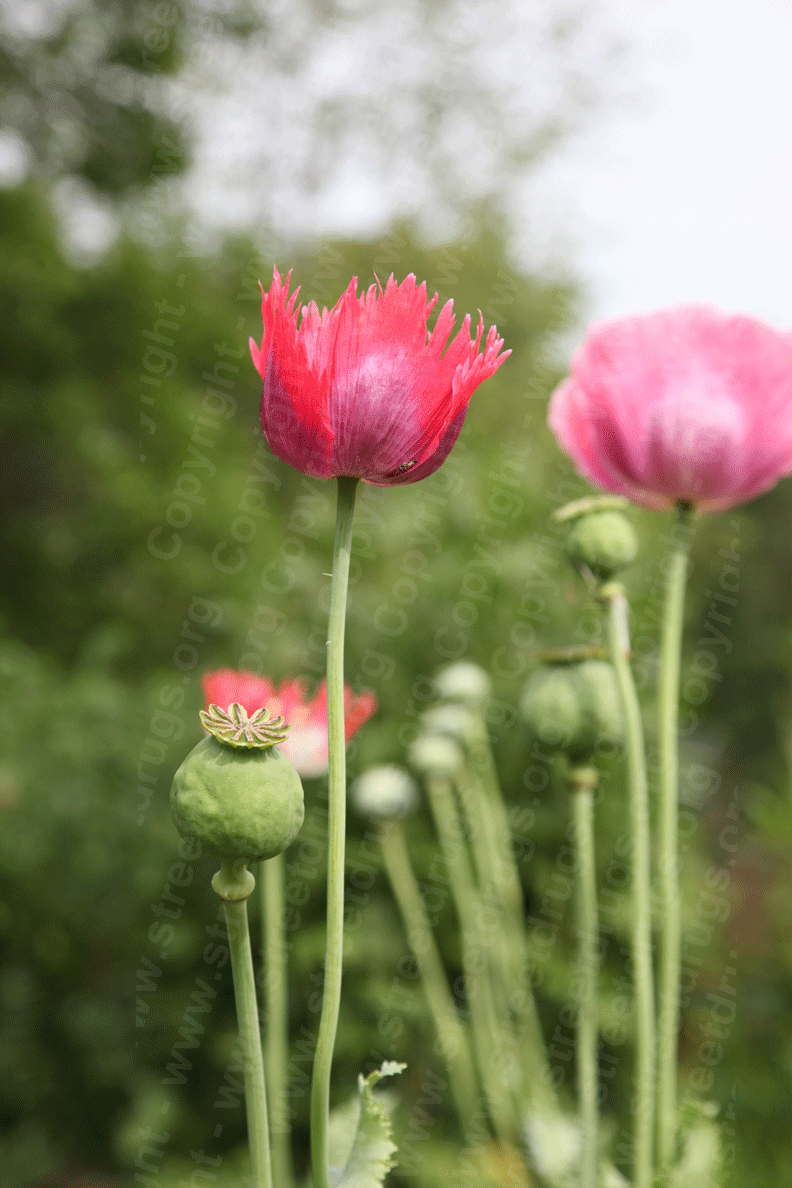 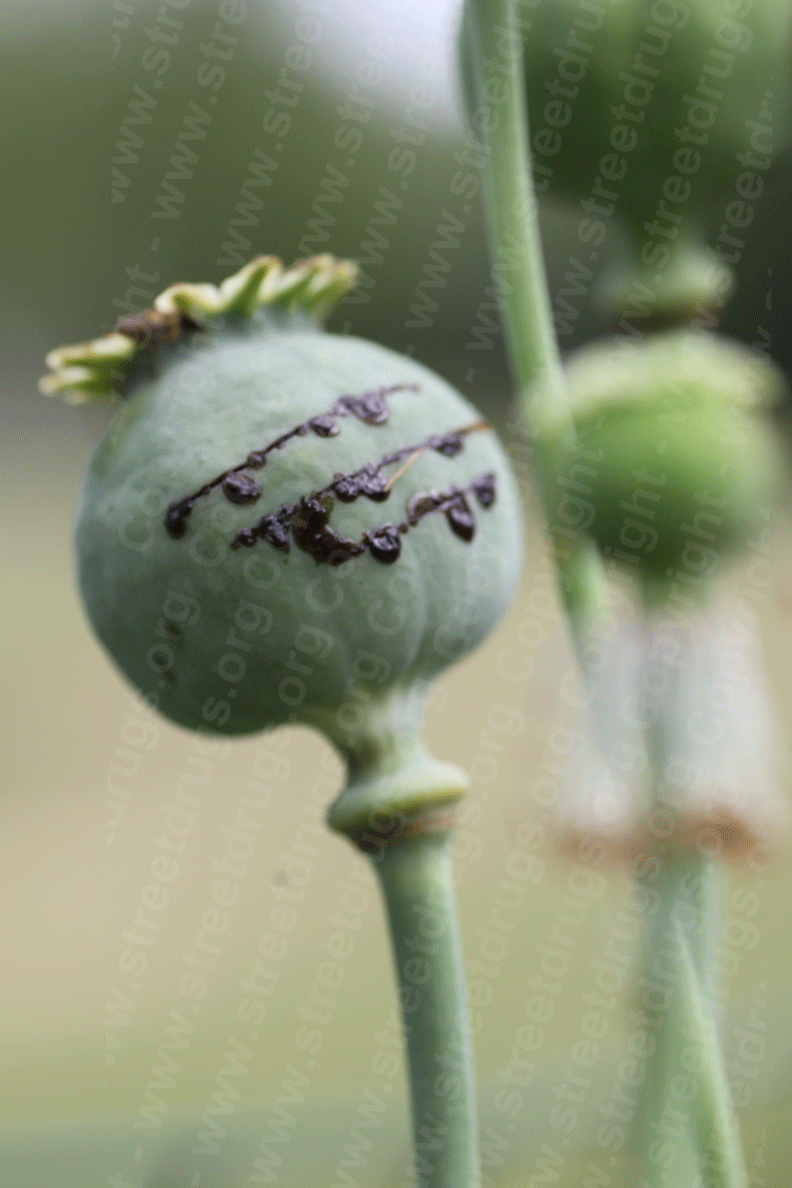 Foreign sources of opium Poppy are responsible for the entire supply of heroin consumed in the U.S. Efforts to reduce domestic heroin availability face significant problems. Unlike cocaine, which is concentrated in South America, opium production occurs in three source regions—Southeast Asia, Southwest Asia, and Latin America- creating a worldwide problem. While an undetermined amount of the opium is consumed in the producing regions, a significant amount of the drug is converted to heroin and sent to Europe and North America.

Historically, most of the world’s illicit opium for heroin has been grown in the Golden Triangle of Southeast Asia. However, Latin America has emerged, in recent years, as the primary supplier of heroin to the United States. Colombian and Mexican heroin comprises 60 and 24 percent respectively of the heroin seized today in the United States. Low-level opium-poppy cultivation in Venezuela and even more limited growing in Peru currently produce only marginal amounts of heroin but could become the foundation for an expanding opium and heroin industry beyond Colombia. Opium-poppy cultivation in Venezuela is limited to the mountains opposite Colombia’s growing area and appears to be a spillover from cultivation on the Colombian side of the border. Reports indicate that opium poppy cultivation in Peru over the last several years is nearly negligible.

With long-established trafficking and distribution networks and exclusive markets for black tar and brown powder heroin, Mexico’s hold on the U.S. heroin market in the West seems secure. Mexico grows only about two percent of the world’s illicit opium, but virtually the entire crop is converted into heroin for the U.S. market. Opium cultivation and production in Mexico have been relatively stable through most of the 1990s.

The U.S. State Department annually estimates yields of opium poppy and other narcotic crops around the world. This is a difficult task because poppy is grown illegally under a variety of conditions and in many locations. To understand how opium poppy growth, development, and gum yield can be affected by weather variables such as temperature, plants were grown in controlled environments at temperatures ranging from nighttime lows of 7 degrees C to daytime highs of 28 degrees C. The optimum temperature for growth was between 16 and 20 degrees C.

Plants in optimum temperatures had more leaf area per unit of leaf tissue. These plants captured more light and grew faster than plants under the influence of higher or lower temperatures. Development rate (time to flower) was practically the same for plants grown in temperatures of 17.5 degrees C or above, but time to flower was increased by 10% if plants were grown in 13.5 degrees C and by 50% if they were grown in an average temperature of 9.5 degrees C. The yield of gum, which is collected from the capsule, was positively correlated with capsule dry weight and capsule volume. Conditions that favored growth also favored yield. By understanding these responses to temperature, we can better predict the effect of weather conditions on flowering times, growth, and yield of opium poppy around the world. Improved models of poppy growth will improve the U.S. State Department yield estimates and give Congress better information for directing the War on Drugs.

Technical Abstract: The U.S. State Department annually estimates yields of opium poppy (Papaver somniferum L.) and other narcotic crops around the world. Field sampling is preferred. However, field sampling is expensive and can be dangerous, so other techniques are being sought. One method is to simulate crop performance using a computer model. To develop such a model, crop response to soil conditions, weather, and management practices must be understood. The first step in this process is to examine crop growth in controlled environments, keeping all environmental factors except one at optimum levels, and varying the one factor over a wide range. To study the effects of temperature on opium poppy, young seedlings were grown in controlled environment chambers in a 12 h photoperiod at a light intensity of 1000 micromol with day/night temperatures of 12/7 degrees C, 16/11 degrees C, 20/15 degrees C, 24/19 degrees C and 28/23 degrees C. Dry weights of plant parts and specific leaf area (SLA) were measured at various stages during plant development. The optimum mean temperature for poppy growth was between 16 and 20 degrees C. Development rate was reduced at lower temperatures but remained relatively constant over the 20/15, 24/19, and 28/23 degrees C treatments. SLA was sensitive to temperature, maximizing at 19.5 degrees C. Variation in SLA could explain some differences in relative growth rate and growth rate associated with temperature. Gum yield could be estimated from capsule dry weight or capsule volume using a linear regression model (r2 =0.71 and 0.75 respectively). Analyses of these data represent a first step in quantifying the effects of temperature on poppy growth, development, and gum yield.

Brief Description Heroin is an opioid drug that is synthesized from morphine, a naturally occurring substance extracted from the seed pod of the Asian …