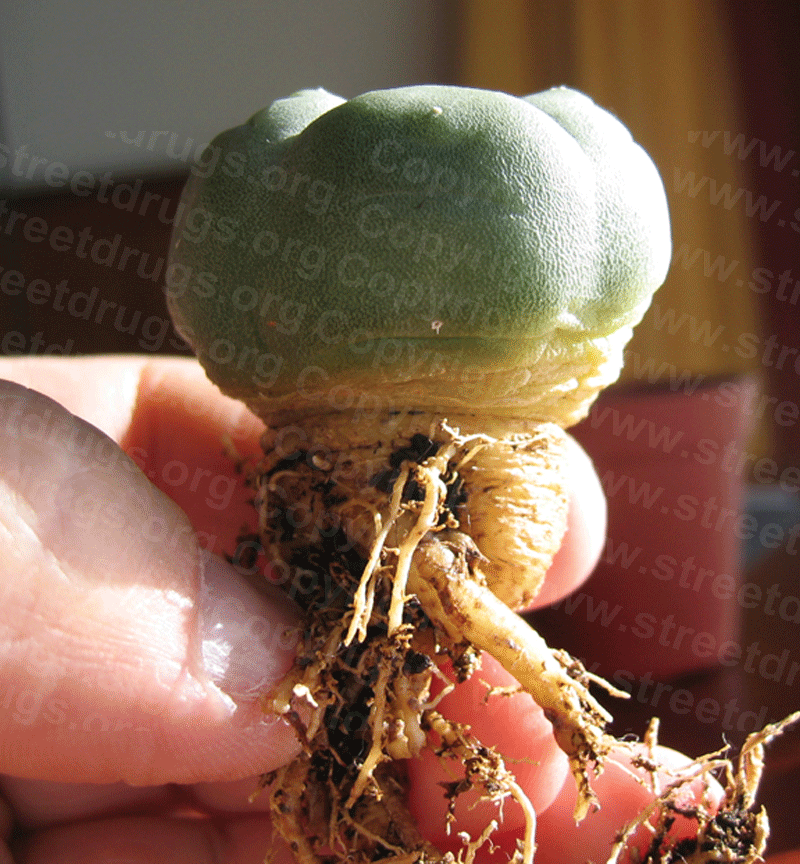 From the earliest recorded time, peyote has been used by natives in northern Mexico and the southwestern United States as a part of their religious rites.

The top of the cactus above ground–also referred to as the crown–consists of disc-shaped buttons that are cut from the roots and dried. These buttons are generally chewed or soaked in water to produce an intoxicating liquid. The hallucinogenic dose of mescaline is about 0.3 to 0.5 grams and lasts about 12 hours.

While this cactus produced rich visual hallucinations that were important to the native peyote cults, the full spectrum of effects served as a chemically induced model of mental illness.

Mescaline can be extracted from this cactus or produced synthetically. Both this cactus and

mescaline are listed in the CSA as Schedule I hallucinogens.