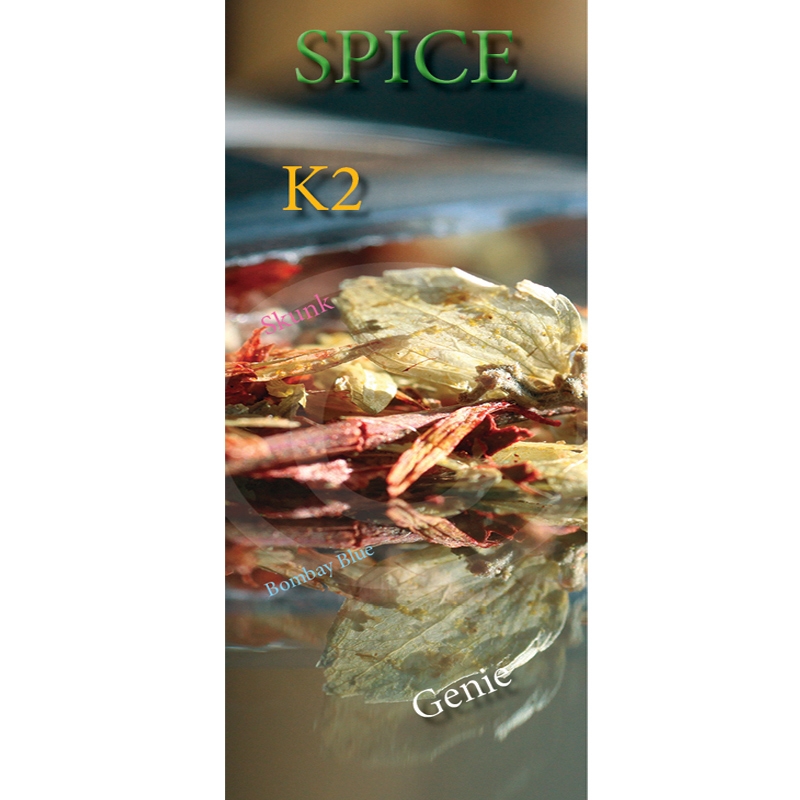 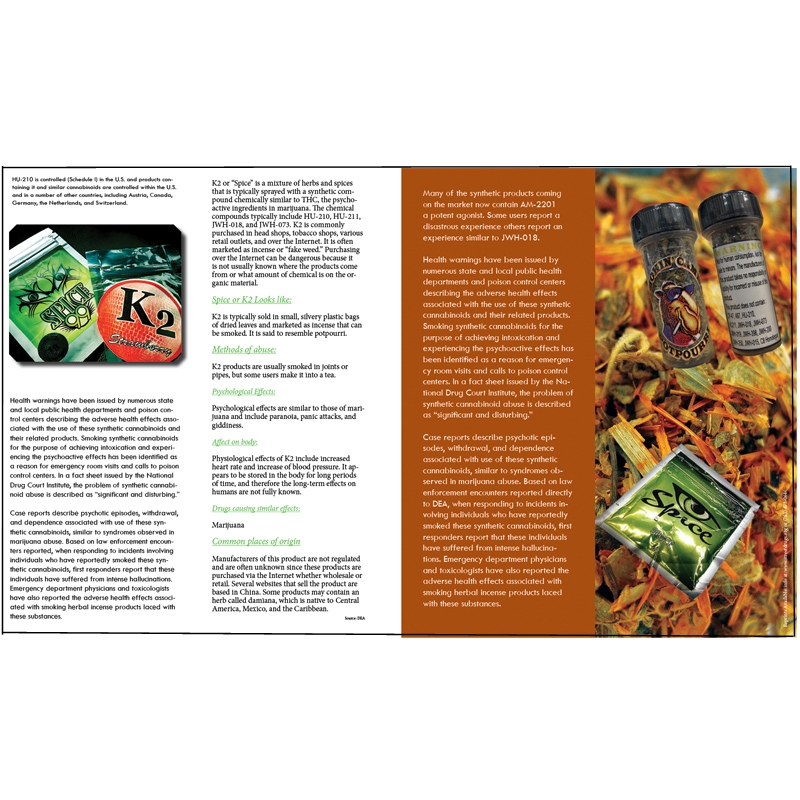 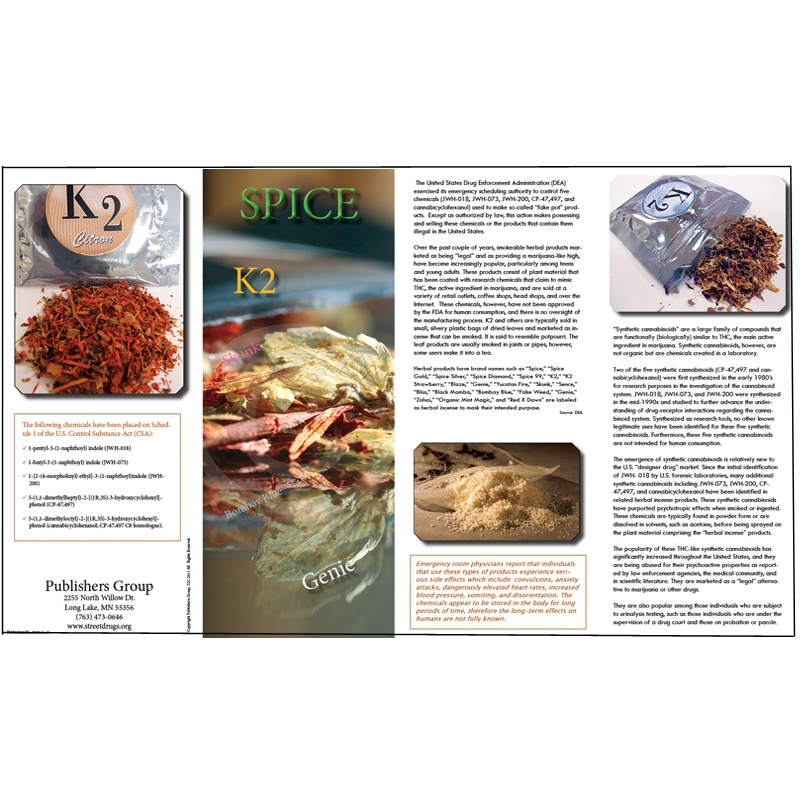 Spice refers to a growing number of man-made mind-altering chemicals that are either sprayed on dried, shredded plant material so they can be smoked (herbal incense) or sold as liquids to be vaporized and inhaled in e-cigarettes and other devices (liquid incense).

These chemicals are called cannabinoids because they are related to chemicals found in the marijuana plant. Because of this similarity, synthetic cannabinoids are sometimes misleadingly called “synthetic marijuana” (or “fake weed”), and they are often marketed as “safe,” legal alternatives to that drug. In fact, they may affect the brain much more powerfully than marijuana; their actual effects can be unpredictable and, in some cases, severe or even life-threatening.