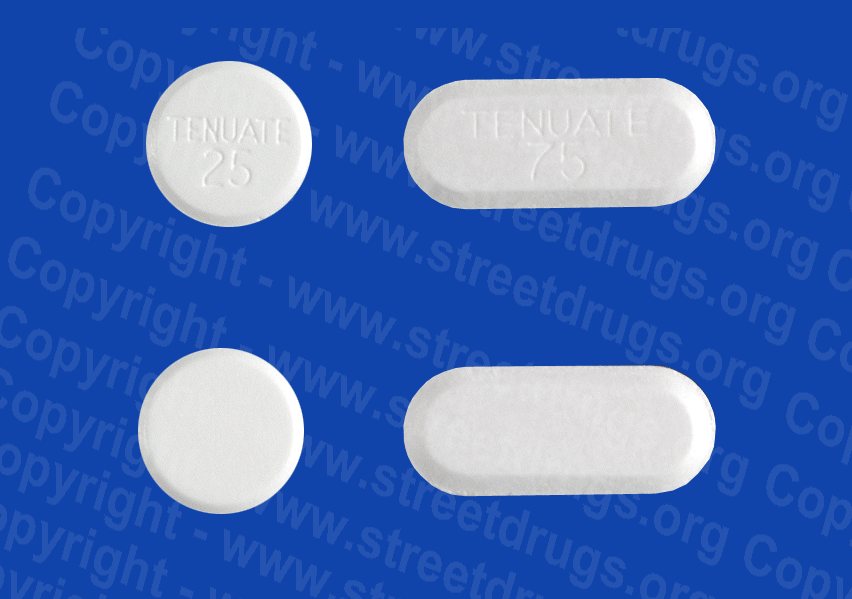 Tenuate (diethylpropion) is a stimulant similar to an amphetamine. Diethylpropion is an appetite suppressant that affects the central nervous system. Tenuate and a number of drugs have been developed and marketed to replace amphetamines as appetite suppressants. These anorectic drugs include benzphetamine (Didrex®), diethylpropion, Tepanil®), mazindol (Sanorex®, Mazanor®), phendimetrazine (Bontril®, Prelu-27®), and phentermine (ionamin®, Fastin®, Adipex®).

These substances are in Schedule III or IV tenuate-2 of the CSA and produce some amphetamine-like effects. Of these diet pills, phentermine is the most widely prescribed and most frequently encountered on the illicit market. Two Schedule IV anorectics often used in combination with phentermine (phen-fen combo), fenfluramine and dexfenfluramine, were removed from the U.S. market due to heart valve problems.