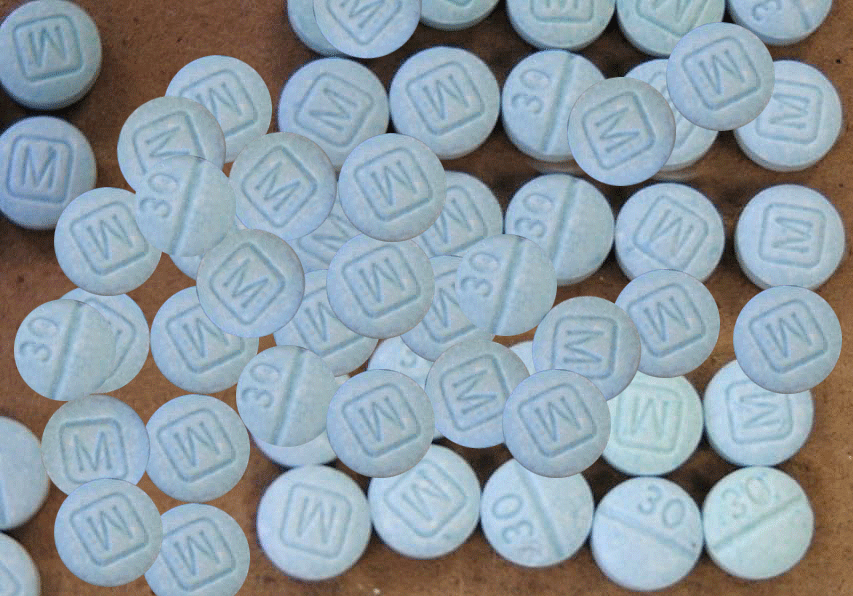 Health Canada has identified through scientific analysis that some pills being sold in Calgary as fentanyl—the typically blue-green, round fake OxyContin pills—actually contained a drug 100 times more potent than fentanyl, W-18. This synthetic is 1-(4-Nitrophenylethyl)piperidylidene-2-(4-chlorophenyl)sulfonamide a highly potent opioid agonist with a distinctive chemical structure which is not closely related to older established families of opioid drugs. It was invented by Canadian chemists Edward Knaus, Brent Warran and Theodore Ondrus in 1981.

Authorities in British Colombia are already preparing when a new drug referred to as W-18 becomes available on the streets. It is reported to be more than 100 times more potent than fentanyl and fentanyl is reported to be 100 times more potent than morphine. This new synthetic opioid has been discovered in Canada, but it has just started. A South Florida synthetic drug expert reports that W-18 has found its way to Florida.

In preparation for its arrival, officials in Canada are trying to educate opiate users by reminding them not to use these drugs alone, to test their drugs in small doses and be aware of this new synthetic which should be arriving soon. Furthermore, it has not been proven that NARCAN (naloxone) can reverse opioid depression caused by W-18 as it does with heroin.

The last comment and 1 other comment(s) need to be approved.
0 replies